This is an issue that appears in the writing of both native and non-native English speakers, but it’s particularly rampant in IELTS essays. It may also be tested in GMAT Sentence Corrections. END_OF_DOCUMENT_TOKEN_TO_BE_REPLACED Thank you to Soph Lundeberg at Soph-wise Tutoring in San Diego for calling this to my attention.

The following Magoosh blog claims the GMAT will not test “so as to” versus “so that,” and furthermore, the two are idiomatically acceptable.
https://magoosh.com/gmat/2012/so-lets-talk-about-so/
The solution for #150 is on page 302. Erica’s solution says “All of other options are idiomatically unacceptable” but does not have any further explanation for why A, “so as to escape,” is wrong, whereas the longer construction, “so that she could escape” is correct. If two constructions are acceptable, “shorter = better”, right?

I checked the Magoosh blog post, which claimed that the GMAT would never ask test-takers to choose between “so that” and “so as to,” and something really did not sit quite right about it.” There was just no way I would have bothered to put “so that” and “so as to” head to head in a question unless I’d actually seen the GMAC do so first. END_OF_DOCUMENT_TOKEN_TO_BE_REPLACED If you look at many lists of GMAT® idioms, you’ll likely find dozens upon dozens of preposition-based constructions, e.g. insist on, characteristic of, correlate with. Although the GMAT does sometimes test these types of idioms, it is important to understand that they are not the primary focus of the test. Because of an increase in the number of international students taking the exam, the GMAC has elected to shift the focus away from idiomatic American usage and toward more issues involving overall sentence logic.

That said, there are still a handful of fixed constructions that the GMAT does regularly test. Many, but not all, of these fall into the category of word pairs (aka correlative conjunctions). Particularly if you are not a native English speaker, you are best served by focusing on these constructions, which stand a high chance of appearing, as opposed to memorizing dozens of preposition-based idioms that have only a minuscule chance of being tested on any given exam. END_OF_DOCUMENT_TOKEN_TO_BE_REPLACED 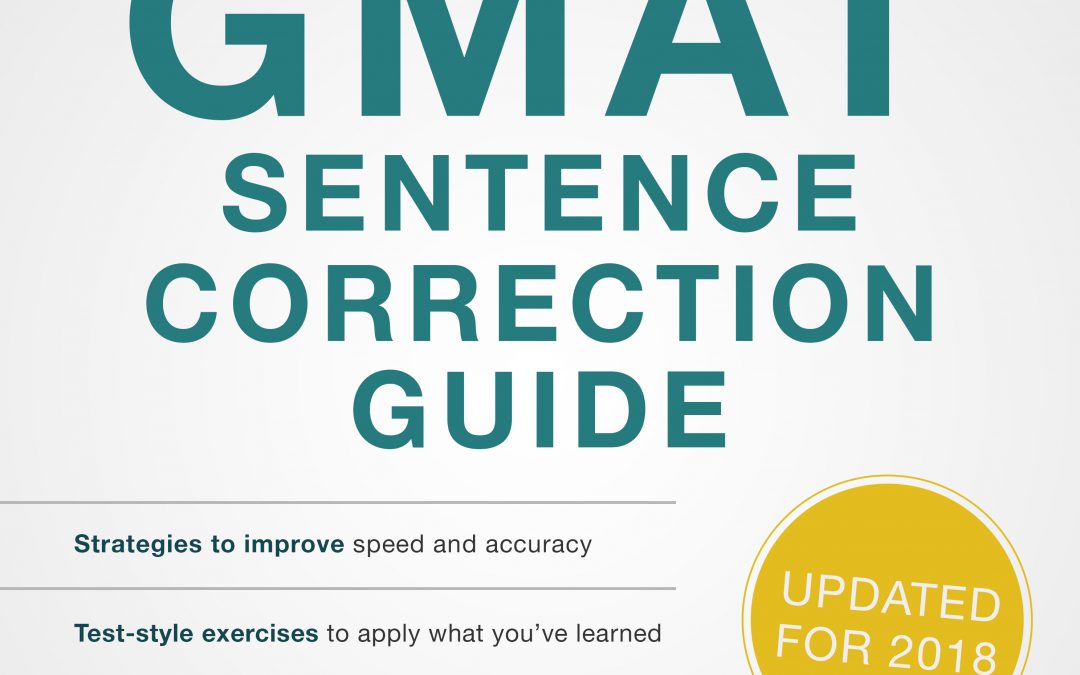 I’m putting up this post because I’ve received a number of queries from people who are interested my The Complete GMAT® Sentence Correction Guide but who aren’t really sure what differentiates it from other guides on the market or whether it meets their needs. So instead of continuing to respond to people on a case-by-case, I thought I’d address some of the most common questions/concerns all in one place.

While the book does by necessity cover many of the same general concepts and strategies as the other books on the market, albeit with a different organization, there are a handful of key points that bear emphasizing.

First and most importantly: the book is designed as a “bridge” to the actual exam. All of the rules covered are derived exclusively from an in-depth study of GMAC-produced questions, and each chapter ends with a list of relevant questions from the Official Guide and Official Verbal guide. In addition, specific questions are periodically referenced during in-chapter discussions. Although there are categorized Official Guide question lists circulating online, there is no other published guide that includes this type of concept-by-concept breakdown. END_OF_DOCUMENT_TOKEN_TO_BE_REPLACED