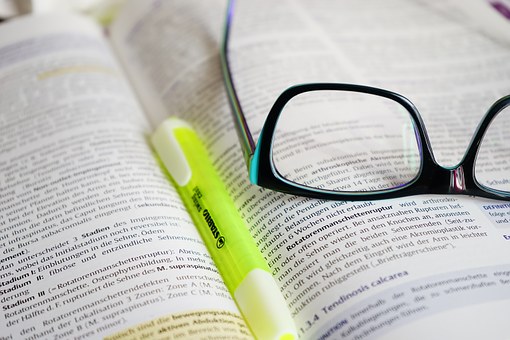 1) Start with your favorite passage(s)

You’re going to be sitting and reading for over an hour (well over an hour, if you count the Writing section), so you don’t want to blow all your energy on the first couple of passages. Take a few minutes at the start of the test, and see which passages seem easiest/most interesting, and which ones seem hardest/least interesting. Start with the easy ones, and end with the hard ones. This is not the ACT; you have plenty of time, and taking a few minutes to do this step can help you pace yourself more efficiently. You’ll get a confidence boost upfront, and you’ll be less likely to panic when you hit the harder stuff later on.

2) Be willing to skip questions

Unless you’re absolutely set on getting an 800 or close to it, you don’t need to answer every question — in fact, you probably shouldn’t (although you should always make sure to fill in answer for every question, since the quarter point wrong-answer penalty has been eliminated). If your first reaction when you look at a question is that you have no idea what it’s asking, that’s probably a sign you’re better off moving onto other things. That is particularly true on the Reading section because questions are not presented in order of difficulty. A challenging question can be followed by a very easy one, and there’s no sense getting hung up on the former if you can answer the latter quickly. And if you truly hate graph questions or Passage 1/Passage 2 relationship questions, for example, then by all means just skip them and be done with it.

3) Be willing to skip an entire passage

This might sound a little radical, but hear me out. It’s an adaptation of an ACT strategy that actually has the potential to work even better on the new SAT than it does on the ACT. This is especially true if you consistently do well on the Writing section; a strong score there can compensate if you are weaker in Reading, giving you a respectable overall Verbal score. Obviously this is not a good strategy if you are aiming for a score in the 700s; however, if you’re a slow but solid reader who is scoring in the high 500s and aiming for 600s, you might want to consider it.

Think of it this way: if four of the passages are pretty manageable for you but the fifth is very hard, or if you feel a little short on time trying to get through every passage and every question, this strategy allows you to focus on a smaller number of questions that you are more likely to answer correctly. In addition, you should pick one letter and fill it in for every question on the set you skip. Assuming that letters are distributed evenly as correct answers (that is, A, B, C, and D are correct approximately the same number of times on a given test, and in a given passage/question set), you will almost certainly grab an additional two or even three points.

If you’re not a strong reader, I highly recommend skipping either the Passage 1/Passage 2, or any fiction passages that include more antiquated language, since those are the passage types most likely to cause trouble.

4) Label the “supporting evidence” pairs before you start the questions

Although you may not always want to use the “plug in” strategy (plugging in the line references from the second question into the first question in order to answer both questions simultaneously), it’s nice to have the option of doing so. If you don’t know the “supporting evidence” question is coming, however, you can’t plug anything in. And if you don’t label the questions before you start, you might not remember to look ahead. This is particularly true when the first question is at the bottom of one page and the second question is at the top of the following page.

5) Don’t spend too much time reading the passages

You will never — never — remember every single bit of a passage after a single read-through, so there’s no point in trying to get every last detail. The most important thing is to avoid getting stuck in a reading “loop,” in which you re-read a confusing phrase or section of a passage multiple times, emerging with no clearer a sense of what it’s saying than when you began. This is a particular danger on historical documents passages, which are more likely to include confusing turns of phrase. Whatever you do, don’t fall into that trap! You will waste both time and energy, two things you cannot afford to squander upfront. Gently but firmly, force yourself to move on, focusing on the beginning and the end for the big picture. You can worry about the details when you go back.