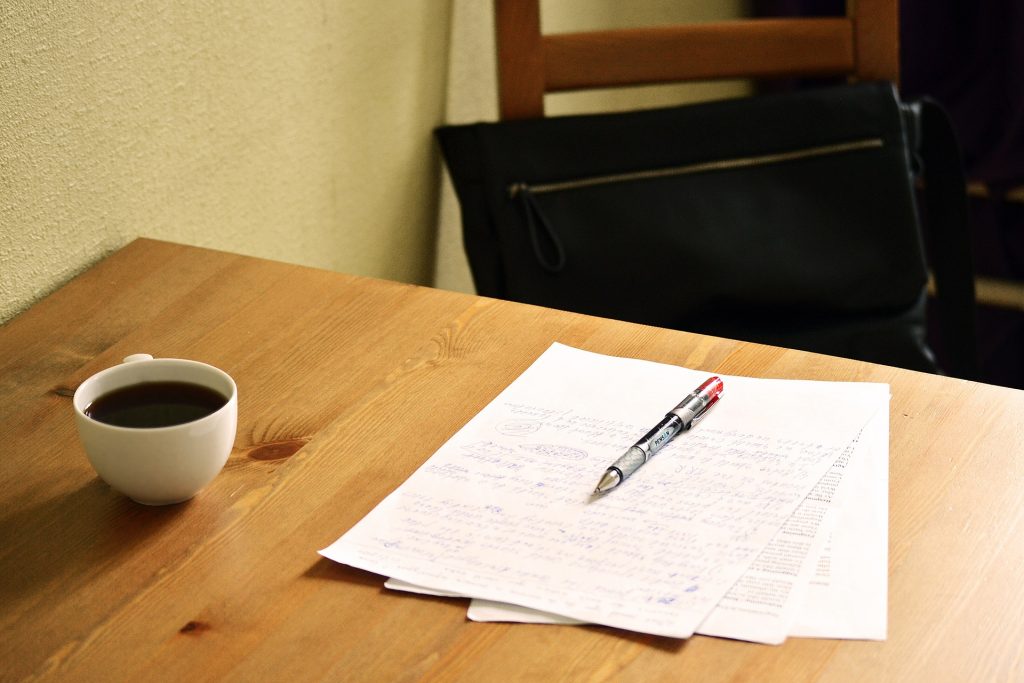 To date, astronomers have catalogued thousands of exoplanets, more than a dozen of them are potentially habitable. The most recent is Ross 128b: an Earth-sized planet orbiting a nearby star, it is probably located at a distance that would allow for liquid water.

The original version contains a comma splice: two complete sentences separated by a comma. (Note that more than a dozen of them are potentially habitable is a sentence, even though it does not make a lot of sense out of context.) (D) is incorrect because it creates a comma splice as well. In addition, these should be followed by a noun (e.g., these planets) — it should not be left “hanging” on its own. (C) is incorrect because it places a semicolon between a sentence and a fragment: more than a dozen of which are potentially inhabitable cannot stand on its own as a complete sentence. (B) correctly places a comma between a complete sentence and a fragment.

In a study of 39 elite cyclists, Oxford University researcher Kieran Clarke and others found the athletes were able to go 400 meters further in half an hour after drinking a ketone drink than after drinking a carbohydrate- or fat-based energy drink. One reason for the increased performance could be that the ketones prevented their bodies from producing too much lactate, which causes people to feel achy after strenuous exercise. Rats on a ketone diet have also run farther on a treadmill and completed a maze faster than rats on a regular diet.

The passage implies that carbohydrate- and fat-based energy drinks

A. may not inhibit the production of lactate.
B. help athletes work out more strenuously.
C. have no effect on athletic performance.
D. are more effective than ketone-based energy drinks.

The word “implies” in the question indicates that this is an inference question, so the answer is not stated word-for-word in the passage. Rather, you must “put the pieces together” yourself.

Be careful with (C): the passage only states that athletes were able to go 400 meters further in half an hour after drinking a ketone drink than after drinking a carbohydrate- or fat-based energy drink. The only implication is that the fat- or carbohydrate-based drinks were less effective than the ketone-based ones. It is still possible that the ketone-based drinks had some effect on the athletes’ performance.

Traditional methods of making pottery are still used by a number of Native American tribes, and wares are produced by them for practical use as well as sale to collectors.

Both (A) and (B) are wordy and awkward, and contain passive constructions (wares are/being produced by them rather than the active, they produce wares). In addition, the word being, which appears in (B), almost always signals an incorrect answer.

(D) contains a comma splice — two complete sentences separated by only a comma (tip-off: comma + they).

That leaves (C): the plural verb produce agrees with the plural subject tribes and logically indicates that Native American tribes are the source of the wares.

There are many theories about why flying might leave passengers more vulnerable to crying – sadness at leaving loved ones, excitement about the trip ahead, homesickness. But there is also some evidence that flying itself may also be responsible. An emerging body of research is suggesting that soaring 35,000 ft above the ground inside a sealed metal tube can have strange effects on our minds, affecting our sleep cycles and causing drowsiness.

A. NO CHANGE
B. increasing the pressure in our ears and nose.
C. altering our moods and changing our perception.
D. restricting our movements and causing our muscles to stiffen.

To answer this question, you must identify the statement that follows most logically from the beginning of the sentence. The key phrase is strange effects on our minds, so the correct answer must logically describe the mental effect of flying. Affected sleep cycles, increased pressure in the ears and nose, and restricted movements are all physical rather than mental effects of flying. (A), (B), and (D) can thus be eliminated. That leaves (C): altered moods and perception are consistent with the idea that flying can alter passengers’ mental states.

A major reassessment of dinosaurs that began in the 1960s and finally took hold in the 1980s positioned these creatures not as dull evolutionary failures but as active, warm-blooded, animals.

The current reality of smart cities is that there aren’t any. At the end of the day, most so-called smart cities are just cities with a few or several standout smart projects. Such projects can take shape in a variety of ways. In Pittsburgh, the Pennsylvania Department of Transportation is piloting a $30 million smart-signal system that utilizes adaptive traffic signals to read traffic conditions and make adjustments to keep traffic flowing. Kansas City invested nearly $15 million in a smart lighting project that will install 200 lights along its new streetcar line. The lights have built-in sensors and cameras that detect the presence of people and can turn off when no one is around to save 20–30 percent in electricity costs. Both efforts represent the potential of smart city technology, but they certainly do not represent the networked, end-to-end planning of an entire smart city.

A. celebrate the power of technological innovation.
B. call attention to recent developments in urban design.
C. illustrate the exceptional nature of certain projects.
D. emphasize the growing popularity of smart city technologies.

The key to answering this question is to recognize that it’s a purpose or “function” question. It is not asking you to focus on what the passage literally says about “adaptive traffic signals” and “a smart lighting project.” Rather, it is asking you what main idea those references are used to support. As a result, you must focus on the beginning of the passage, where the main idea is most likely to be located. The second sentence states that most so-called smart cities are just cities with a few or several standout smart projects. In the following portion of the passage, traffic signals and lighting project are then cited as examples (= illustrations) of standout (= exceptional) smart projects (= certain projects). That makes the answer (C).

Tipping as a phenomenon has long fascinated economists: paying extra, even though we are not legally required to do so, seems to go against our own best interest.

The original version correctly uses a colon to introduce an explanation (why economists are fascinated by tipping) and places a comma after extra to mark the beginning of a non-essential clause (even though we are not legally required to do so). You can tell that the clause is non-essential because the sentence still makes sense when it is crossed out: paying extra…seems to go against our own best interest.

(B) is incorrect because a dash can be used interchangeably with a colon, but here the dash is placed in an illogical spot: even though we are not legally required to do so, seems to go against our own best interest does not make sense as an explanation.

(C) is incorrect because the comma before paying creates a comma splice: two complete sentences separated by a comma.

Be careful with (D): although the semicolon is correctly used to separate two sentences, the comma after extra is required to signal the start of the non-essential clause. Because no comma is present, this answer cannot be correct.

Over the last several decades, research has effectively disproved the claim that coffee is harmful to health. In fact, data suggest that coffee may offer some health benefits. In comparison to non-coffee drinkers, for example, drinking about three cups of coffee a day appeared to reduce the risk of heart problems.

The original version incorrectly compares non-coffee drinkers (people) to drinking about three cups of coffee a day (action). In order to be correct, the sentence must compare people to people. (D) is the only option that does so, making it the answer. All of the other information in the answer choices is irrelevant.

Looking for more practice? Check out the Quizzes and the Question of the Day Archives:

And for additional practice, Critical Reader Books include hundreds of practice questions and explanations.